The Entanglements of Film & Fine Art

I’m not sure what happens more, seeing a piece of artwork that reminds me of a film, or sitting in the theatre watching a new release and being astounded that a scene or setting reminds me of a work of art. The world of Hollywood and visual arts inspire each other and bring about new and innovative ideas for the art world. While each field draws upon the other, a little bit of art history falls into our laps (next to the popcorn, of course).

For anyone who saw the latest James Bond this past winter, you’ll recall that the National Gallery in London was the location of a secret weapon meeting with the infamous “Q”. The film used the story behind the painting to reinforce the question of Bond’s existence, the existence of the “00” agents, and the argument of Old versus New, and Traditional versus Modern. 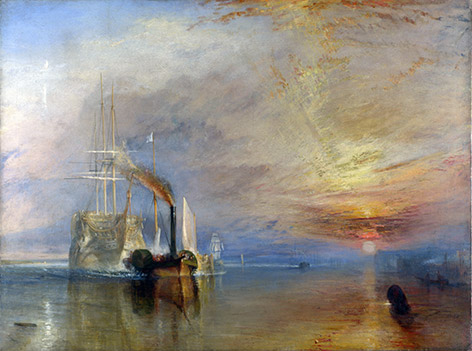 The painting, “The Fighting Temeraire,” portrays a grand old warship being hauled off for scrap after playing a significant role in the Battle of Trafalgar in 1805. James Bond’s (Daniel Craig) abilities and usefulness is in question as the world becomes more high tech, and the enemies of the government are no longer armed with guns, but with laptops and smartphones.

For anyone who has not yet seen it, I highly recommend War Horse, not only for its touching story, but for the breathtaking cinematography. I was left in awe at the scenes of landscapes and World War I trenches and was reminded of the Nineteenth Century Romantic movement – both its aim at achieving the sublime – a sort of spiritual awe, and the vivid, colorful and spiritual landscapes of artists like Constable.

Caspar David Friedrich, The Abbey in the Oakwood, 1808-1810, wikipedia.org 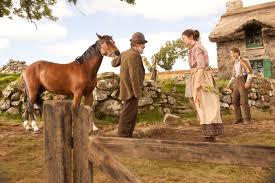 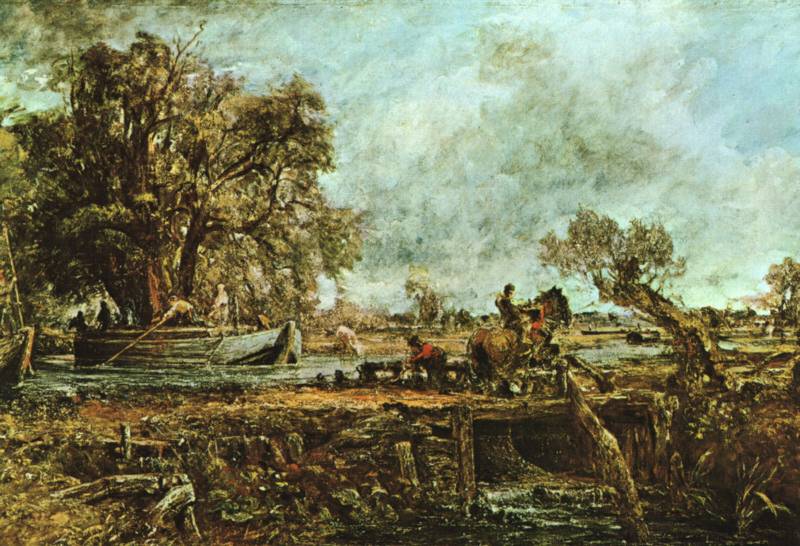 Looking to Edward Hopper’s later years, after his studies of Modern America and the alienation of society as we progressed, his works of solitude and isolation in the seemingly Cape Cod setting begin to get more and more eerie.

Is it any wonder that this painting of the House by the Railroad, has an odd, and desolate resemblance to the family home behind the Bates Motel in Alfred Hitchcock’s Psycho (1960)? Some directors base an entire blockbuster masterpiece off of one of the masters in order to set the theme, mood, or even color palette of a film. Just as the artists we know today put thought and theory into their compositional choices, the “painters” so to speak, of the film industry today sit and study the old masters and take great consideration into what they are putting onto our screens. There is meaning behind the madness – though maybe not Norman Bates’ madness! 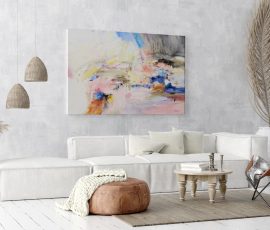 Artists from Around The World
Zatista is home to some of the top emerging and established artists from all over the world. When you browse our curated gallery, you’re looking at artwork from different countries around the globe! It’s one of the many elements... 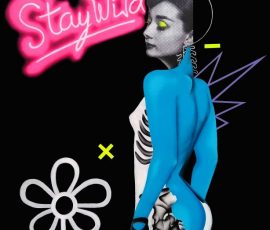 Graffiti Meets Luxury
When we hear about graffiti, we often picture vandalism and not luxury designer brands, but that’s starting to change. We’ve already talked about how graffiti has been moved from street corners to galleries, but it’s about to make another...