Fate of the Broken Angel

I admit it – sometimes various forms of junk can interest me. I don’t have a junk collection of my own, per se, but I don’t mind looking at other people’s junk. 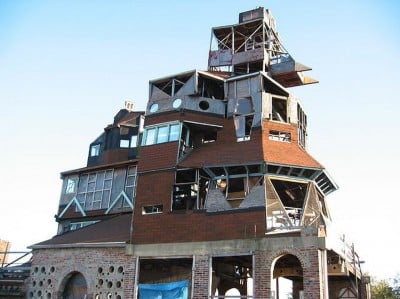 Over the past three decades, Arthur and Cynthia Wood turned their four-story home into a work of art.

According to npr.org, “A New York landmark of sorts is in danger of being wiped off the map. The building now known as Broken Angel was an ordinary 19th-century brick structure until self-taught artist and sculptor Arthur Wood started building on top of it in the late 1970s. Now Wood faces eviction from his own masterpiece — a towering structure that looks like a cathedral built out of salvaged junk.” 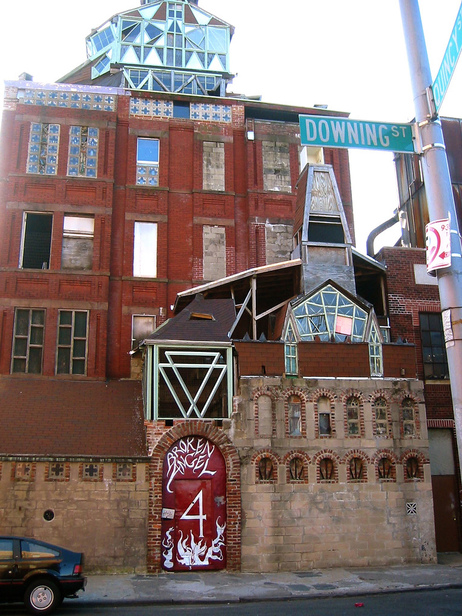 The building, which was featured in the film Dave Chappelle's Block Party, once towered nine stories over the street. Arthur took out most of the floors, creating a soaring open space with stained glass windows.

NPR goes on to say, “The building was featured in comedian Dave Chappelle‘s film Block Party, which follows Chappelle as he puts together a free hip-hop concert in the Clinton Hill section of Brooklyn in 2004. “[The house] is a monument to Brooklyn, my dear,” Cynthia Wood, Arthur’s wife, explains to Chappelle. But after the film was released, a fire broke out in the tower, which had been built without permits or plans. After that, the New York City Department of Buildings cracked down on what they considered an unsafe structure.” 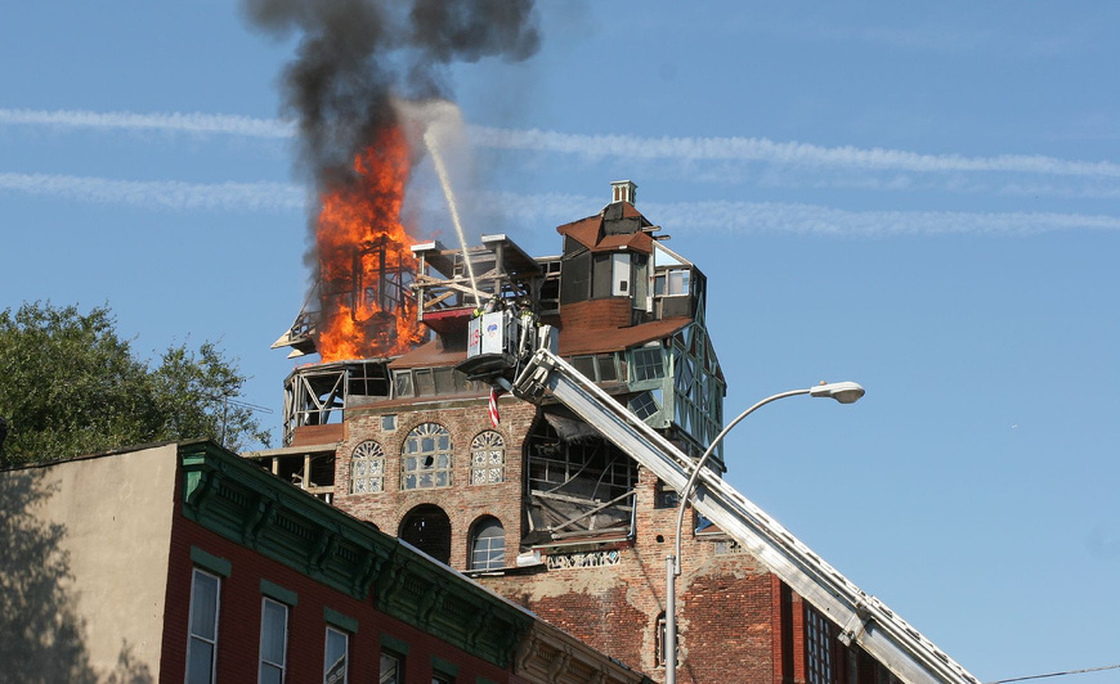 In October 2006, Broken Angel's tower caught fire. The New York City Department of Buildings declared the structure was dangerous and sought to demolish the home.

“He took a tenement and he transformed it with a lot of materials people have classified as discards and tossed away into dumps,” says Carl Zimring, who teaches at the renowned Pratt Institute art school a few blocks away. “And turned that into a coherent form of art — a folk art, an art that very much relied on the materials that Brooklyn had to offer.”

“The Woods bought the property in 1979 for $2,100 in cash. They gradually transformed the 19th-century brick building into what’s been hailed as a work of 21st-century art.” 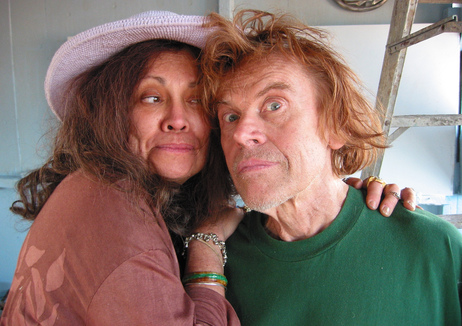 Cynthia Wood died of cancer in 2010. Her husband, Arthur Wood, is once again facing eviction from his home.

NPR continues, “To some, the building has been an inspiration. “People come here from all four corners of the earth,” a neighbor says. “People wait, literally wait outside … for hours waiting for Arthur to show up just to talk to him. That’s what you’re taking. You’re taking a bit of history and very much of our future right away from us.” 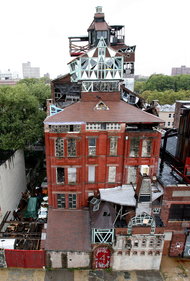 Broken Angel in 2006, after a fire photo: Liz O. Baylen for The New York Times

“Hoping to avoid demolition, Arthur struck a deal with a local developer six years ago to turn Broken Angel into condos. The five-story tower was dismantled. But Chris Wood says the developer never held up his end of the bargain, and the bank foreclosed. So, is it art? Or just a pile of junk? Share with us here on WallSpin.

Sugar Sculpture
A peek into artist Kara Walker's controversial sculpture, "A Subtlety or the Marvelous Sugar Baby an Homage to the unpaid and overworked Artisans who have refined our Sweet tastes from the cane fields to the Kitchens of the New...