First, a little history lesson. When pop art entered the scene in the late 1950s, it swiftly became the art of the masses. Common objects like Campbell’s Soup Can labels and boxes of commercial soap were used to inspire feelings of romance, sentimentality and humor. Leading the movement was Andy Warhol, an American painter and filmmaker. Warhol was in love with the cult of celebrity and enjoyed infusing the images of some of America’s most beloved icons into his work.  One of Warhol’s famous pieces, “Eight Elvises,” recently sold for a record $100 million. In case you’re wondering what $100 million looks like, here you go: 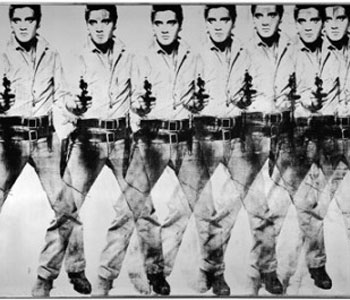 Thankfully, you don’t have to be a millionaire to infuse your home with the flavor and fun of pop art. Here’s a perfect piece for your TV room- especially if you’re a fan of Transformers (because clearly, that’s why everyone is into Megan Fox):

Instead of hanging one of those country kitsch “restroom” signs that have become so popular, why not hang a referential Vaseline Hair Tonic magazine ad? 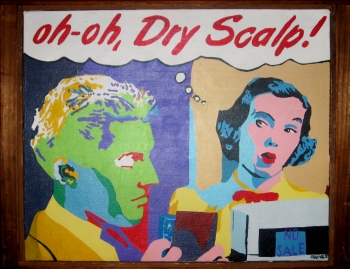 If you’re looking to ignite discussion, there’s nothing like an image of Fidel to stoke the conversational fires… 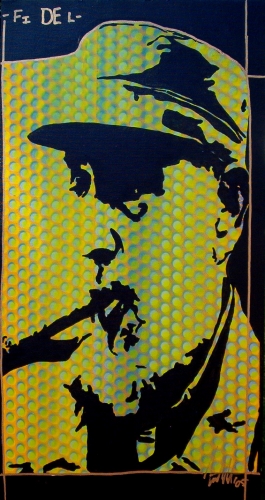 Of course, some naysayers believe that pop art is a hackneyed, juvenile hobby for artists who can’t execute their visions using traditional mediums.  While I strongly disagree, do you consider pop art a valid form of artistic expression? 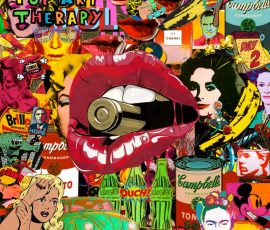 Pop Art Isn’t Just for Warhol
Pop Art took the typical repressed, traditional, fine-art culture and challenged it with elements from the masses. This included things like comic books, soup cans and celebrities all mixed with kitsch and irony. It was the Queen of England... 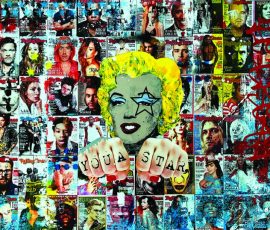 All About Marilyn
It’s rare that someone would have two birthdays, but in the case of Marilyn Monroe, this anomaly just might be true. On June 1, 1926, a little girl named Norma Jean Mortenson was born at Los Angeles County Hospital....